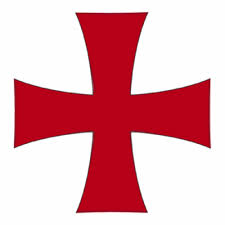 A Red-Letter Meeting for the Preceptory and their guests but especially for E Kt. David Child who was treated to an extra-special evening. David was joined by 36 Preceptory Knights and guests who navigated Zoom to see him presented with his 50-Year Certificate as a Knight Templar. What an occasion, as numbered among the guests were the Provincial Prior, R E Kt. Hearl R Lenton and the Provincial Sub-Prior. V E Kt. G A R (Tony) Wilkinson. Also joining the meeting were The Most Eminent and Supreme Grand Master, Paul Raymond Clement, accompanied by the Great Vice-Chancellor R E Kt. Ryan Williams.  David’s delight was evident for all to see as the Virtual Business Meeting moved towards its climax. The Most Eminent and Supreme Grand Master gave a different, but movingly warm, speech to present the Certificate which had already been posted to David. David responded expressing his joy at reaching the milestone and at being afforded the great honour of all the Knights present giving of their time to support him on such a special occasion. The Most Eminent & Supreme Grand Master then proceeded to award David two prestigious field promotions; in the Order of Knights Templar, Past Great Standard Bearer (Vexillum Belli) and in the Order of the Knights of Malta, Past Great Conservator both of which David received with gratitude and pleasure. The Preceptory then offered Honorary Membership to both the Most Eminent and Supreme Grand Master and the Great Vice-Chancellor, both of whom responded briefly in the affirmative and with obvious pleasure at the honour conferred.