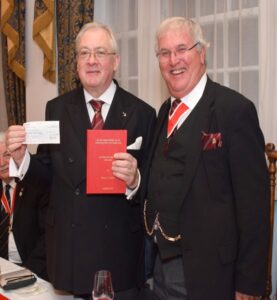 A splendid evening was held in Harrogate to mark the 100th birthday of the Preceptory, held late having been delayed for a year by the recent pandemic.

Recordings of Templar Chants were played as the Knights assembled setting a traditional Templar atmosphere throughout the building.  80 knights celebrated together in what was a spectacularly moving and uplifting occasion graced by the presence of the Most Eminent Supreme Grand Master and our very own Right Eminent Provincial Prior and his team.

After the ceremonies of reading the original and centenary warrants, the assembled Knights heard a presentation from E Kt Brian Price on the Preceptory history which incorporated the presentation of the past Preceptor’s Jewel to E Kt John Spilsbury.

The Provincial Prelate, E Kt Paul Christodoulou, then gave a thoughtfully skilful Oration which picked up many of the threads within the Preceptory history, recounting the part that the De Ros name had played at Magna Carta;

King John was forced to accept the demands of the Archbishop, Bishops and Barons and of course, as we heard earlier, one of the witnesses to the reissue of the Magna Carta was Sir Robert De Ros and he was one of the guarantors appointed to ensure King John kept his promises.
The trajectory of Magna Carta is not just the liberties of free men but of all people. That is the vision of a single sheet of parchment, about fifteen by twenty inches. The honour and integrity of Sir Robert De Ros, made sure this came to be, and we are all indebted to him for that.  Brother Knights of this Preceptory, how proud you must be to
be a member under such a name.

The Knights of De Ros made their traditional donation of £213 to the Jerusalem Eye Hospital and later, at the Festive Board, donated a further £1,000 to the hospital. The Most Eminent and Supreme Grand Master was delighted to receive the donations and expressed his sincere thanks to the Knights. 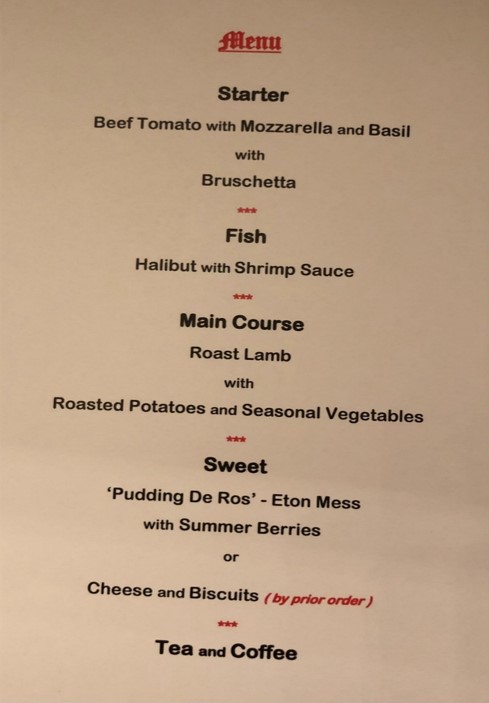 The Festive Board treated those present to a repeat of the 5-course Consecration menu from 1920 expertly  crafted by the excellent chef at Harrogate. The Toast list had been simplified to mark the occasion; the loyal toast followed by a toast to the Most Eminent and Supreme Grand Master. He replied to the toast with warm praise for the work of the Preceptory and his good wishes for the next 100 years&nbsp

The De Ros EP, E Kt John Nicholls presents a second cheque for the Eye Hospital to the ME & Supreme Grand Master 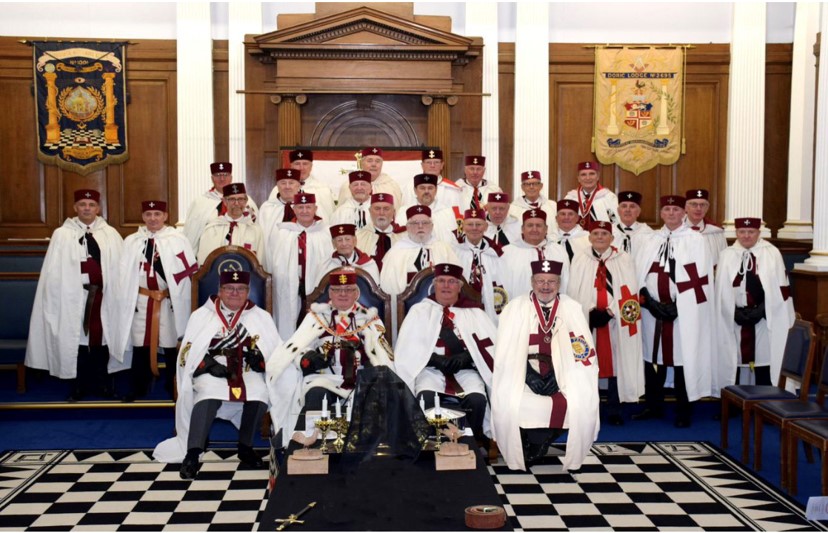 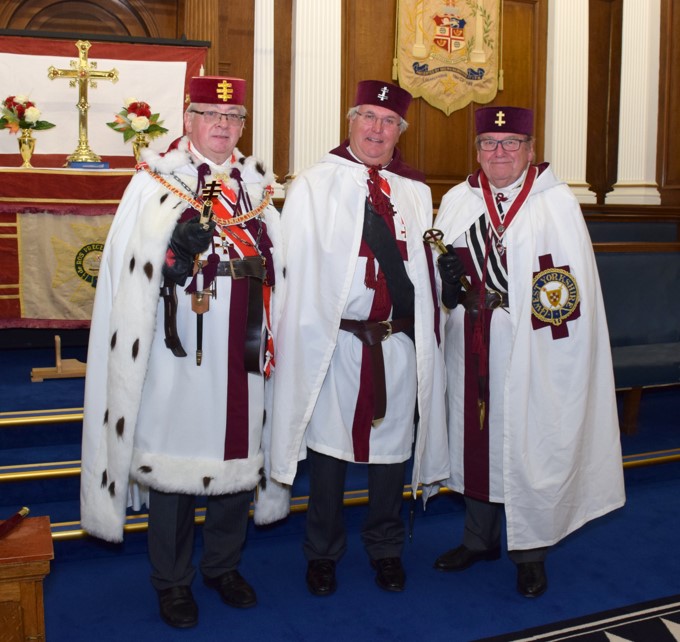