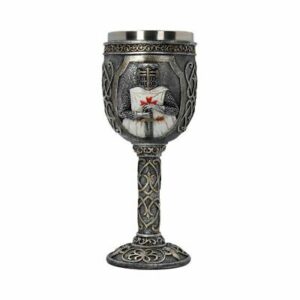 Around the Province The Templar Toast at 5pm on Christmas Day was everything that the Prior’s Council had hoped it would be when the question was first asked at one of their meetings:- “will people turn out for it on Christmas day?” “Will their wives let them?” “Will they still be awake?”.   In the event, they needn’t have worried, not only were Knights awake and dressed in their best Christmas pullovers, but they also attended in their scores, with over 70 Knights joining from 4.45pm through until about 5.30pm when the last ones staggered back to their armchairs for a well-earned rest from merriment.   A thanksgiving prayer and the official Templar ‘toasting prayer’ for Christmas Day was declaimed by the Provincial Prelate followed by the Provincial Sub-Prior who gave the usual Knights Templar Toast to round off the formal 3 minutes of the afternoon at 5pm. As Knights around the world offered the same Toast at 5 pm GMT.  There was widespread acclaim of a great new tradition well executed.   So book it into your diary for next year!